Based on Robin Hood's motifs

Robin Hood takes from the rich and gives it to the poor. And he has been doing this since the middle of the 13th century. But he does not steal to gain wealth, because he lives frugally in the forest and divides his booty among the poor of society. In the outlaw stories about the green hero, a crowd of outlaws is up to mischief and ensures more justice on their own. Do they still exist - the Robin Hoods of modern times? And what can justice mean in a capitalist society?

The theater collective Progranauten would have liked to organize a performance parkour in the forest based on Robin Hood's motifs, or at least an audio walk - oh and if that doesn't work, then the Progranauts bring the forest into the city and project the images into unused shop windows. There have been many attempts to somehow realize an artistic project - but in pandemic times this is impossible. The parkour became an audio walk and the audio walk became a theater film.

A police officer, a clergyman, a hacker, activists, executives and many others - the performance collective has spoken to various people who are confronted with questions about justice in capitalism in their work or their political activities. Accompanied by the musical ballads about Robin Hood as well as texts and interviews, the progranauts give their audience an atmospheric walk through the forest in the form of a theater film.

The collective transplanted the world of Robin Hood onto the screens of the audience. With impressive pictures from the forest, music and recordings of the masked forest dwellers, the artists invite you to immerse yourself completely in the world of the forest and to forget the dusty corona world for a few moments.

If you have any questions, write to us:
ideenwerkstatt.warburg@erdcharta.de 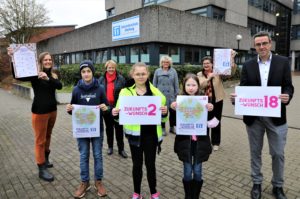 1-24 December Advent campaign with the Earth Charter Secondary School: "24 Wishes for the Future" 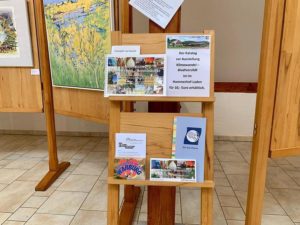